Rum is one of the favored celebratory drinks in India. Often known for its strong punch and darker spirits than other drinks, it has its coveted following across India and abroad. Rum has an interesting history with Latin America and Caribbean nations taking the plaudits when it comes to producing top-notch rums. But India has slowly caught up with the race and is one of the major drinks here on this day.

Rum uses sugarcane for the base material while producing which is then aged in oak barrels giving it the undoubtedly distinctive flavors. With sugarcane available enlarge in India, rum has taken a growth path that not many distilled liquors can compete with. The flavors range from the light one to the high spiced rums. It is devoured with great extravaganza and zeal in India. It has become one of the party drinks and often a top drink choice for seasons like winter where you duly need that extra heat and punch. There are plenty of rum brands in India available and we here take a look at the best of the lot. Come let’s pick them out and party around. 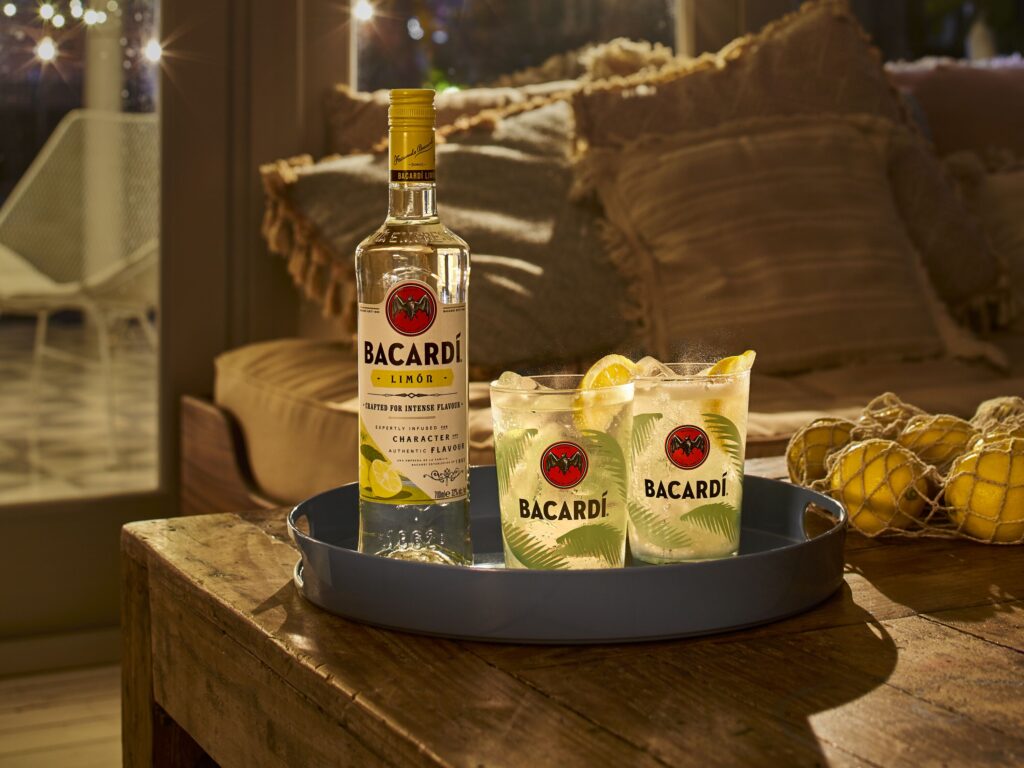 Bacardi is one of the top brands when it comes to rum all over the globe and is much loved in India too. It has an illustrated history having been founded in 1862 by Don Facundo. The brand already has over 200 labels under their name and have a presence across 150 nations worldwide, such as the allure of it. The brand is signified by its logo of the black bat which resonates with the value of brotherhood, self-confidence, and personality.

It has a sweet flavor with a fruity punch to it allowing people to experience the thrill with this rum. It is known for its subtleness and the way it can be integrated into your evening drink. It is available readily across plenty of wine shops and bars with ease and is often the top pick for anyone looking for a good rum. It comes in different flavors and labels and one can choose from any one of them for their liking. You can find Bacardi Select, Bacardi Gold, Bacardi Superior for your pick. 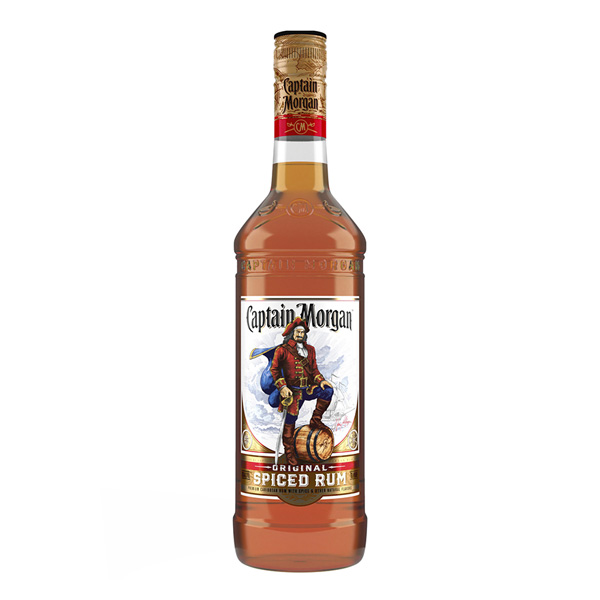 If Bacardi was a brand that made you gasp at the sight of the history and the brand standing, then Captain Morgan may give you quite a hit. Captain Morgan often known as the true rebel brand is one of the best rum brands globally, let India alone. It is named in the tribute of Sir Henry Morgan, a 17th-century Welsh private belonging to the Caribbean region. The brand is marketed in India by the liquor distributing brand Diageo. The brand has a slogan of ‘To Life, Love and Loot’ marking the message of the brand’s coveted rum and its aura.

The production process starts with the using of sugarcane and distilling it which is then aged in the pre-made oak barrels for over a year allowing it to develop the flavors. It comes with a golden hue when it comes to color due to aging which makes it a great piece to have. You can find rums from Captain Morgan in plentiful flavors and picks. Some of their best picks come in form of brown sugar, vanilla, aromatic spices, and more. The rum has been known for its ability to mix up in the cocktail and more. 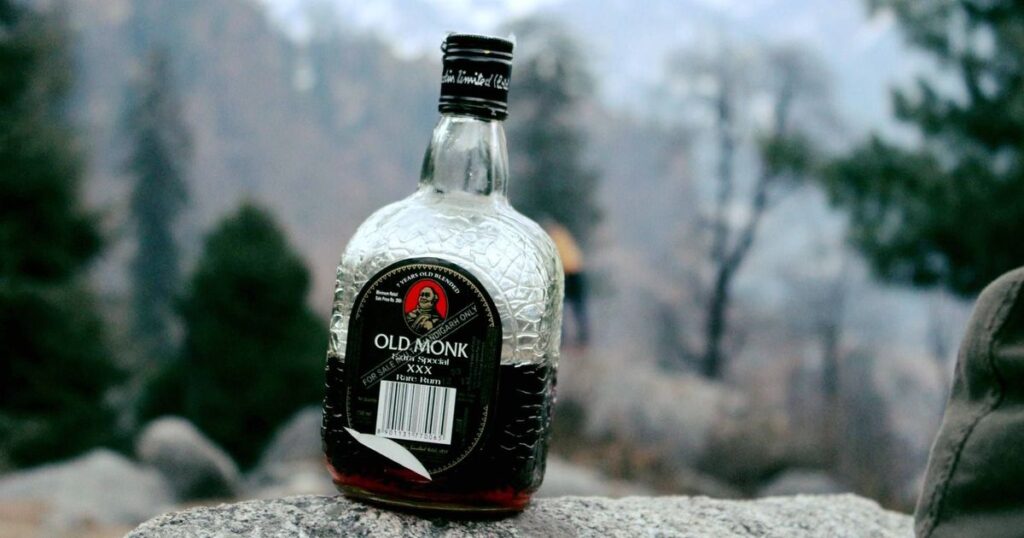 When it comes to rums, none of the brands can stake the claim of being as famous as Old Monk. This brand has been one of the best-selling rums for decades and continues to be the top pick on everyone’s palette. Old Monk was first brought into the market in 1954 and has been the top pick since then. The production process follows the distillation of sugarcane juice and storage of the same in large oak barrels. It is aged for over 7 years giving it that distinct flavor that makes it such a coveted one.

It has a dark color base along with a vanilla flavor touch. The drink comes in five different varieties and is much loved. Such is the fame that if you go out and ask for a rum in any of the wine shops, you’ll be greeted with a bottle of Old Monk. It is also priced quite well making it a pocket-friendly piece when compared to other brands. 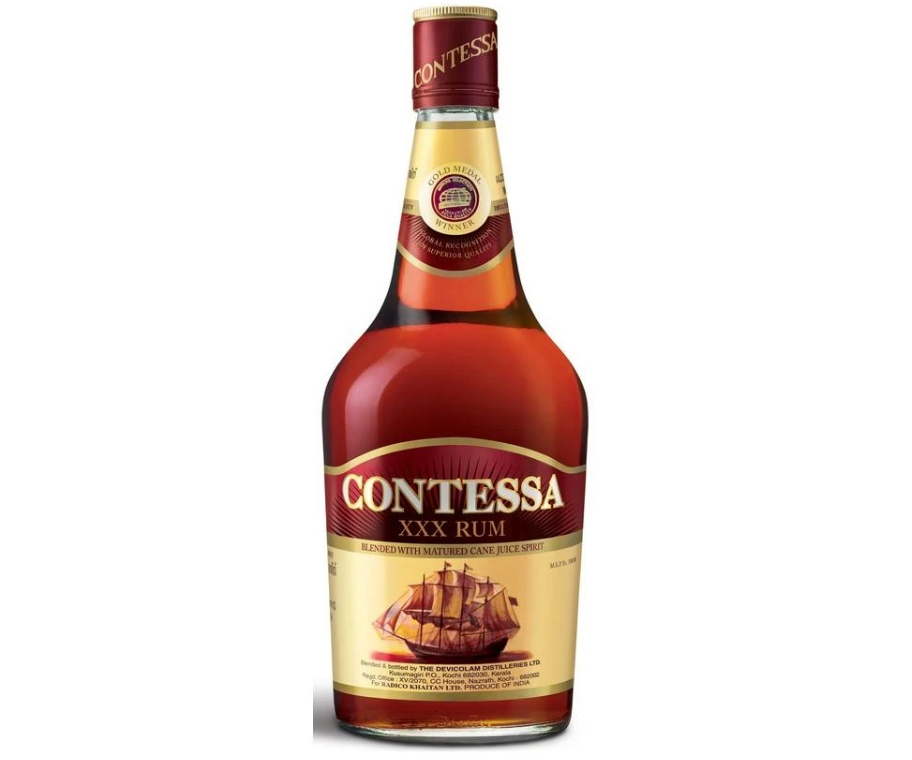 The next up in our list is Contessa, one of the top brands of rums across India. Contessa is known for its flavor and budget price offering. It is part of the Radico Khaitan brand who has quite a few offerings under its wings. It is a brand that is synonymous with the armed forces in India. No doubt, why you’ll find Contessa as a top pick for every military guy when it comes to rums. Just like other rums, it is also made from sugarcane juice which is distilled and stored in oak barrels to age. The flavors and spices are added after the aging process to give it a distinct flavor. The best part about their flavor is the aging process that takes over 12 years making it a great pick.

The brand has subtle notes of flavors like vanilla, cocoa, dried fruits, and more. It is available in over 60 nations all over the globe and has already been entrusted with the awards like a Silver medal at Monde Selection in 2008. 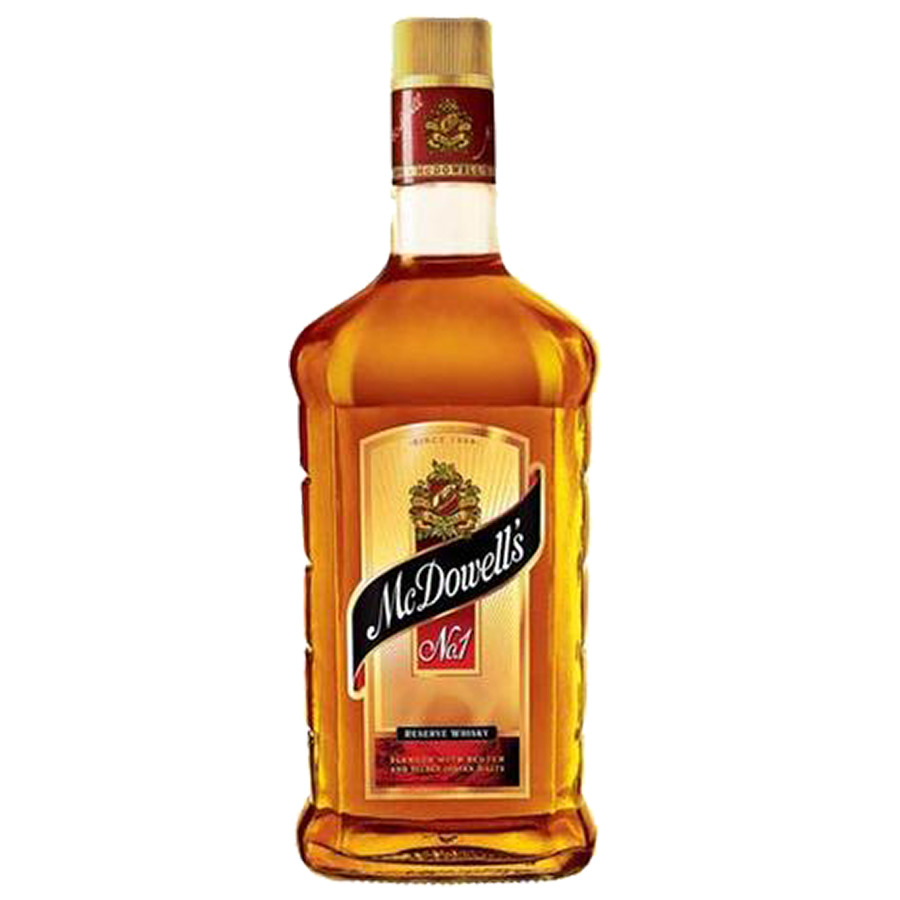 If there’s any other brand that has achieved a similar level of fame and popularity across India apart from Old Monk, then it’s McDowell’s No.1. It is one of the entrusted rums in India and comes across as a top pick for anyone who wants to indulge in this liquor. It is part of the United Spirits Limited  (USL) who has several other top liquors under its product lineage. It was introduced in the year 1990-91 and has seen its supply expand to over 13 nations.

It has a dark color theme to it with a smooth palate and a sweet flavor of caramel and vanilla in its drink. It has been awarded the prestigious Silver Medal in 2008 from Beverage Tasting Institute. Such has been the growth of McDowell’s No. 1 that they have already taken over Bacardi as the ‘World’s Best Selling Rum Brand’. The taste is quite suited to the Indian palette and has a distinctive note to it. The brand has maintained its heritage and continues to offer good rum to customers. 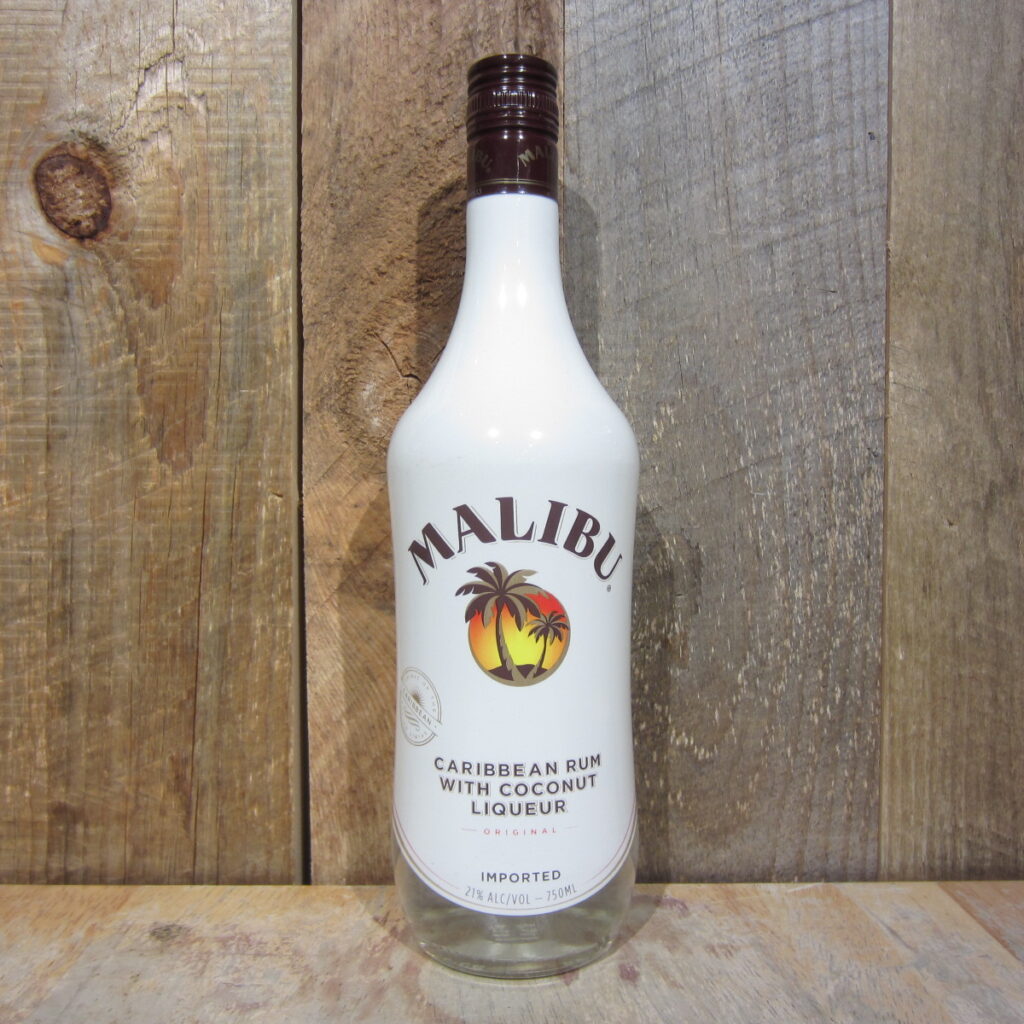 At sixth place in our list is the brand Malibu with their authentic Caribbean rum. They have built a name for their coconut punch flavored rums that provides people with a great flavor. It was first stated by Pernod Ricard who started it as a ‘flavored rum’. There are plenty of variants of this rum available across the globe. They have a range of flavors packed with tropical exotic fruits like passion fruit, mango, banana, island melon, and more.

It also offers different flavored liquors like min-based rum and other drinks like tequila and more. It promises to offer an unmatched experience and it truly sticks to it. It is priced reasonably well making it a good party pick. With the range of flavors its works great for even summer times. The alcohol percentage in this drink is a bit less than the aforementioned rum brands but that works well for those who want to enjoy a light session of rum drinking. 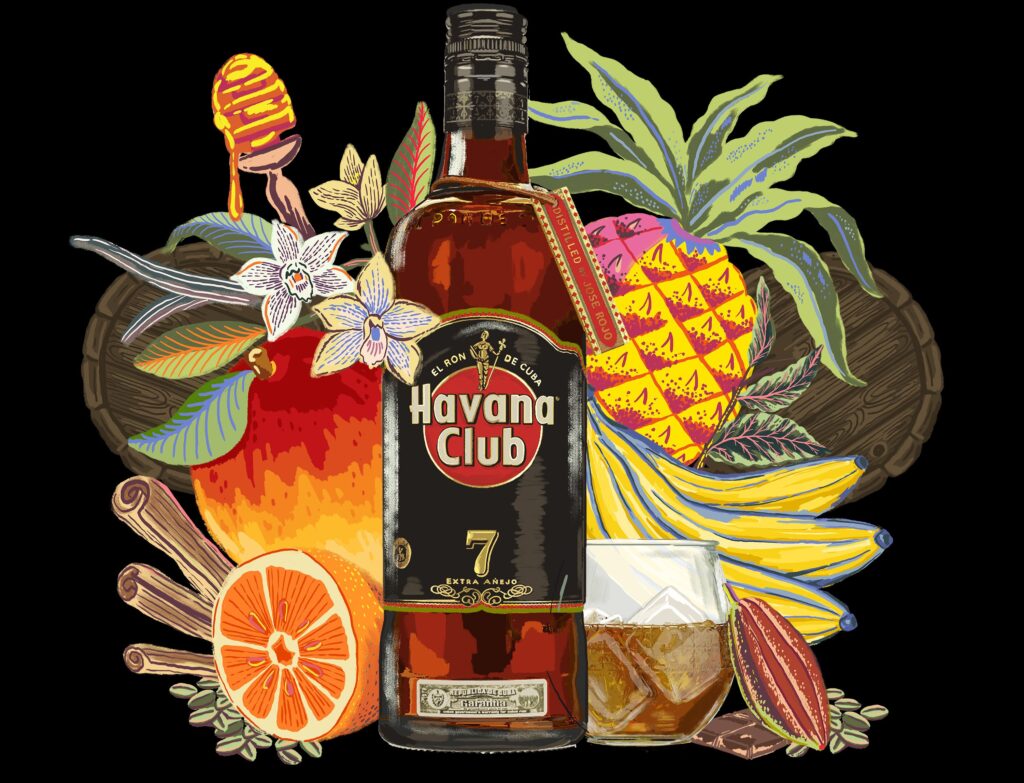 If you want a rum that comes with a versatile palette offering and has been known for its top-notch quality products, then Havana Club might be the perfect one for you. It has been around since 1934, having first conceived in the lands of Cuba. This has been one of the best selling rums across the globe for its taste and authenticity. It is exported to over 120 nations worldwide and is much trusted in India among rum lovers. It has a wide range of product lines that blends the like of Caribbean flavors with the vanilla and chocolate essence that gives it a great savory taste.

Havana Club has set up a plant near Punjab where it distills and bottles its rums for India. The plant was set up in 2008. It has a smooth taste and is pretty light notion. It is also priced fairly well making it a good pick for evenings and those evergreen moments. 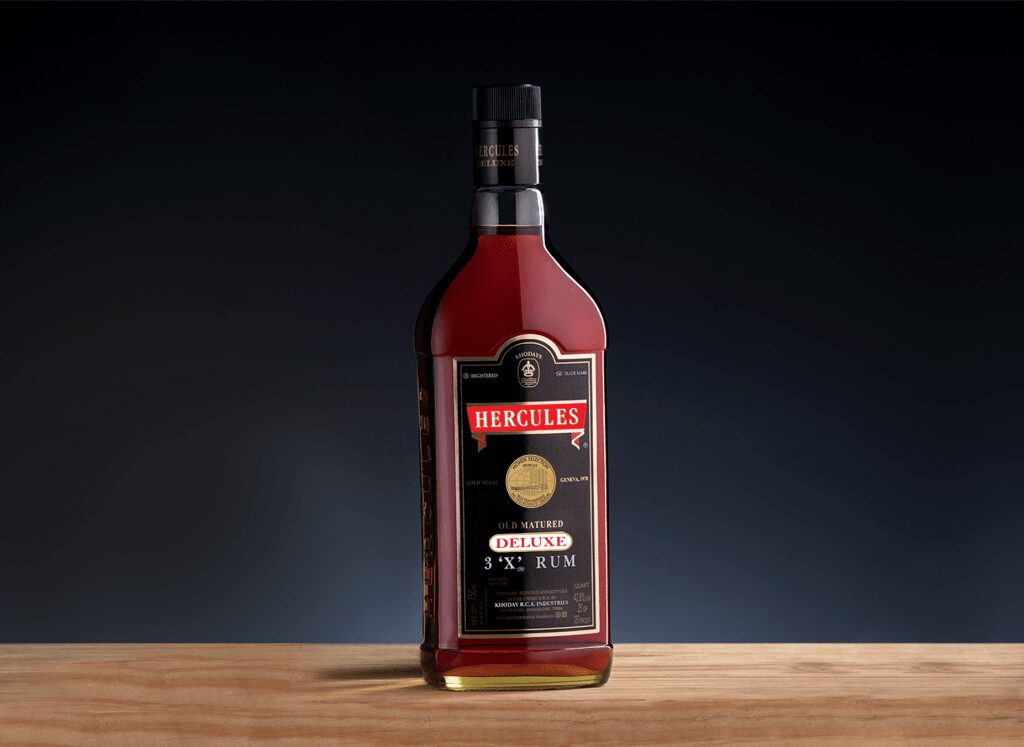 Another top pick when it comes to rum brands in India, Hercules makes an entry into our coveted list. This one is a popular name across brands when it to comes to rum and has been known for its demands from the section of military and defense personality. It has a smooth texture and tastes great. Hercules offers a complex richness based flavor that is much loved. It has both dark and white rum variants under its tutelage. 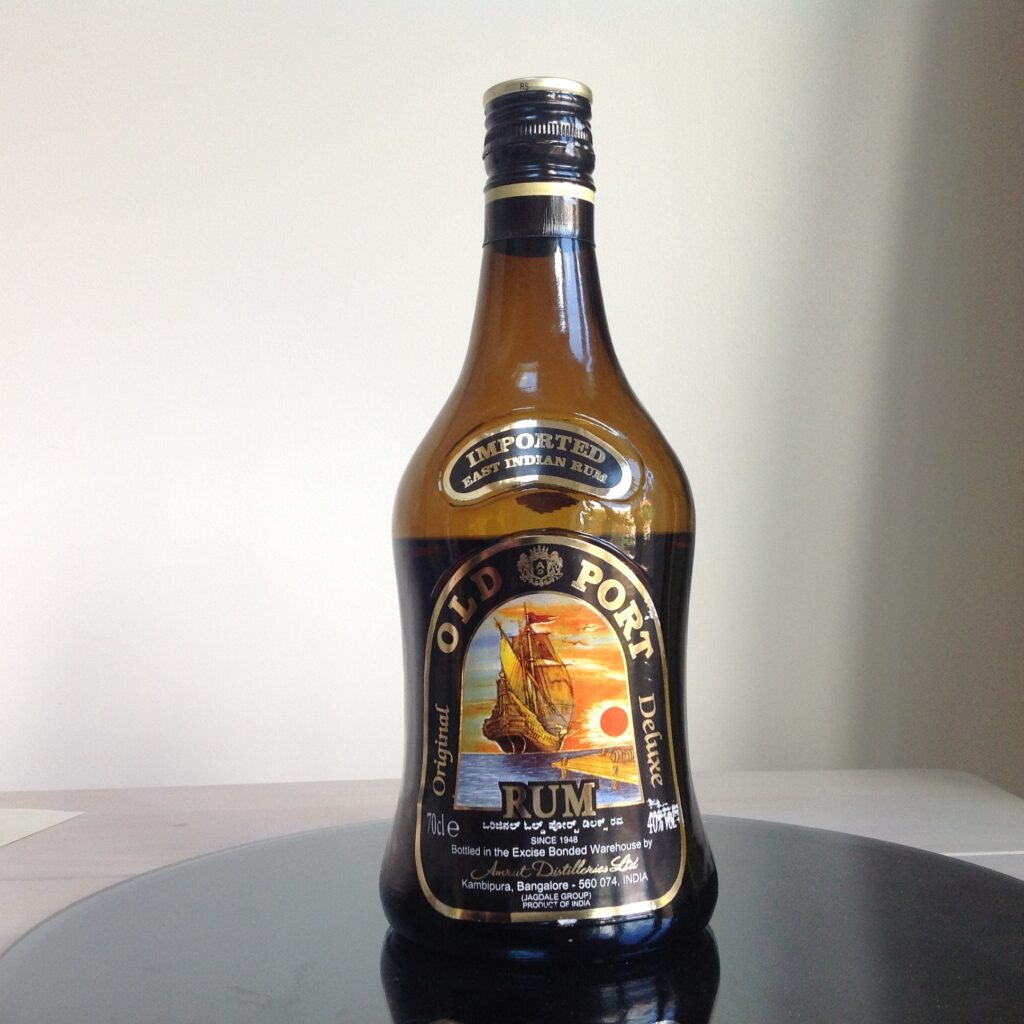 At the ninth number in our list, we’ve got the Old Port brand with their famous rum staking claim. Old Port is one of the famed brands when it comes to rum in India. It was established by Amrut Distillery in 1948 and has been offering a great product for ages in India. It has a strong molasses base which gives it a bright copper color. It comes with a hint of exotic taste like vanilla and butterscotch. 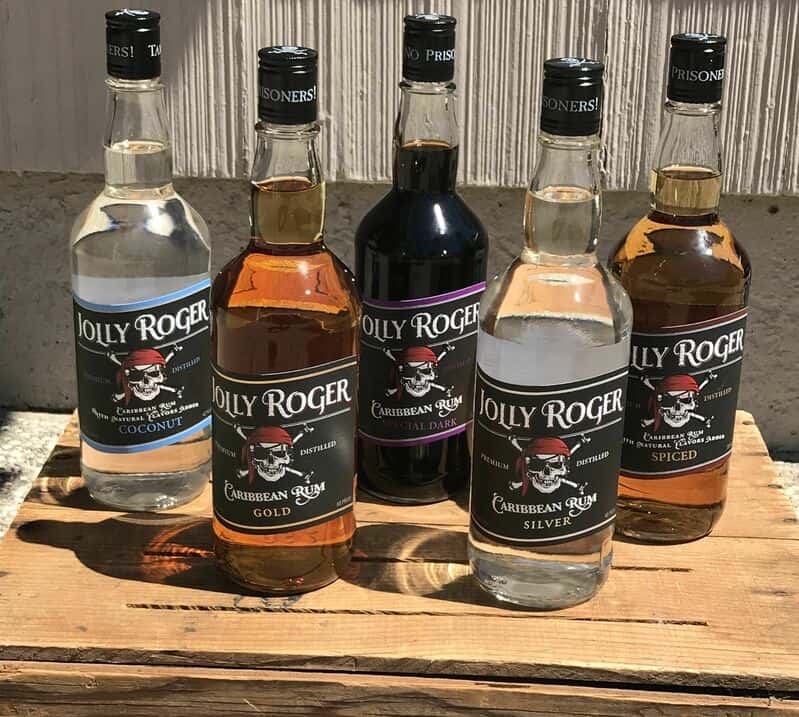 Now closing our list is best rum brands in India is Jolly Roger with their exotic rum offerings. The brand has been much loved in India for its great taste and ability to blend into the Indian palette. It comes with an original Jamaican matured taste that is embedded with natural spices. The rum has been well made with fermented molasses acting as the perfect base for it. The rum features an authentic dark color that not only looks feel but has a kick to it when you drink it.

Jolly Roger rum has an exotic taste to it with a subtle uniqueness to it. It features great content, quality, and taste packed in a bottle. The brand comes packed in a great looking bottle and is one of the top-selling rums around. It is light on the pocket.

Rum is one of the most favored liquor drinks in India and they have a wide audience. With the exotic taste and offering along with tropical essence, rums have come a long way from their previous form. Today, rum not only provides a great taste but also means a moment of celebration. This list tried to encompass the best picks among the rum brands in India and we hope you like it. 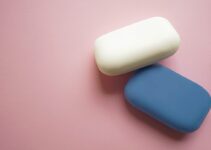 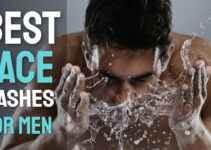